Thank you for visiting our Casting Calls Page. Below you will find the Projects we are currently casting for.

Please send your Headshot(s), Resumes, and Actor Reel Link (if any) along with the name of the character you'd like to audition for to our casting email: RookieFilmsCasting@yahoo.com

If you have any questions feel free to let us know via our Contact Us Page. Thanks. 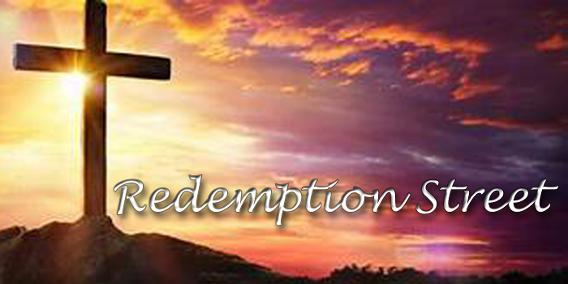 About The Miniseries
Investigators Movie

Redemption Street is a spin off feature film of the Unconditional Love Christian Miniseries. What was supposed to be episode 5 of the series has been modified and re-written to be a feature film that follows the story of Ernesto and Casey from episode 2 (The Crossroad) of the miniseries and The Investigators: When Truth Calls movie... it will also follow the story of DEA Agent Priscilla Duvall from episode 3 (The Runaway).

Priscilla is still dealing with issues with the loss of her DEA partner years ago, and when her new partner ends up in the hospital, all those old issues resurface and she goes against orders to catch the person responsible. Things with Ernesto and Casey are going well on the other hand, but when his mother Sandra ends up confessing that his father still lives, his faith is put to the ultimate test. Everyone's past, present, and future outcome will meet its fate at Redemption Street.

Antagonist. He is Claudius' youngest son trying to reclaim his father's criminal "empire" to in some way gain his father's approval, but to do so he will have to get a few people out of the way to have control of the city. He is the type of man that is calm, sure of himself, well dressed, and not to be messed with.

Supporting Role. He was once a somewhat wild spirit type of man in his youth. Coming from a family of money he didn't think twice about many things but when he fell in love with Sandra, he thought it was meant to be. As the years passed, he's changed and is now a pastor of a small church in a dangerous but changing neighborhood. He has two daughters Libertad and Paola, but thinks often of his past love and missing son.

Hair: Black to Salt and Pepper

Supporting Role. His father died at a young age leaving him with only his twin sister Victoria and almost never present mother Priscilla in his life. Having to grow up quickly and also rebelling against his mother, Taylor ended up with the wrong group of people which will lead him and his sister into danger. (Actress sister twin is a plus!)

Minor Role. He was a man considered a king in the crime world, a man of means, money, and power, now imprisoned in federal prison. Over the years and after a near death experience he has changed for the better, but now faces the consequences of his actions with his son Quintus and will have to make the ultimate decision.

Minor Role. Partner to Agent Priscilla Duvall. Probably the only person to deal with her tough and determined personality. He's a Christian and has on several occasions shared his faith with her. She reminds him somewhat of his mother and therefore he admires and backs her up in her plan, that ultimately leads him to his death as he takes a bullet for her.

Minor Role. He is a smart, quiet, and cute little boy. He loves his mother and father and loves to laugh, so when the time comes for his mother and he to leave without explanation, he doesn't understand and misses his father. (Ability to cry is a plus!)

Supporting Role. The eldest daughter of a pastor is not easy for Libertad, as she still remembers what her father was like before he decided to give his life over to Christ, and so she still struggles with having to be an example to a church congregation. Also due to the people and situation surrounding them, she'd rather her father close the church and relocate somewhere safer and more prosperous. (Ability to sing and cry is a plus!)

Supporting Role: Sister of Libertad and youngest daughter of Pastor Ruiz. She's the closest one to her father being more like his best friend first and daughter second. She knows every detail of her father's past as well as his pain and passion for Christ and the church he's been called to lead. She struggles with her sister's viewpoint and is almost in constant prayer due to the situation. She seeks and hopes for and answer from God. (Ability to sing and cry is a plus!)

Supporting Role. Twin sister to Taylor and daughter to DEA Agent Priscilla Duvall. Growing up has been tough for her after her father died, but she has tired her best in life and school, so when she discovers that her brother is involved with a bad group of people, she tries to talk sense into him, knowing that if they don't get out of that situation, their lives will be on the line. (Actor brother twin is a plus!)

Minor Role. She is a woman obsessed with Victor Alejandro Ruiz, and will stop at nothing to get what she wants even if it means separating him from the love of his life. She is sophisticated and elegant.

Hair: Any - Medium to Long

Minor Role. She is a young woman in love with Victor Alejandro Ruiz and mother to his son Ernesto, but things in her life are about to take a sad turn for both her and her young son. (ability to cry is a plus!)

Minor Role. The years have passed and she has done everything possible for her son Ernesto to be able to succeed, yet the past has come to haunt her mind more than ever before causing her to confess the truth to her son that his father is alive.

Hair: Brown to Salt and Pepper